January 2, 2009
Day Two
One great thing about living in the desert is that you have the wilderness right out your door. We have National Parks and Monuments, Wilderness Areas, State Parks and Nature Preserves. Today I didn't have much time to get out because of work so I decided to go hiking just down the street.
Years ago I used to hike out near the corner of Washington Street and Avenue 52, here in La Quinta, to an Indian grinding hole at the base of Coral Mountain.  It cannot be accessed now because it is inside of the Tradition Golf Club.  However, there is a big section of public land managed by the BLM that is just south of this golf club.  I remember when the club was built there was a little walkway which enabled you to access this area.
That was a long time ago.  In recent years, it seems the club, wanting to be a good neighbor planted some landscaping in front of the trail entrance.  How nice of them. 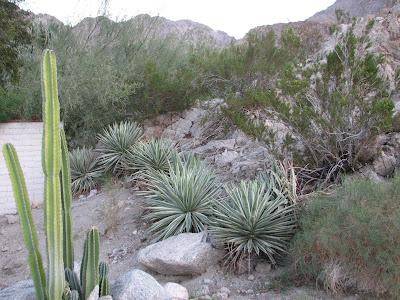 I jumped between these lovely new agaves, incurring only minor scratches, and went for a walk in the mountains. 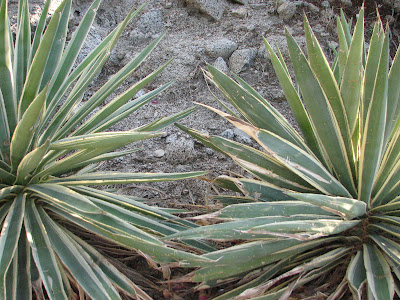 I don't have much to report but it seems that before the club was built on the area it used by people for target practice. 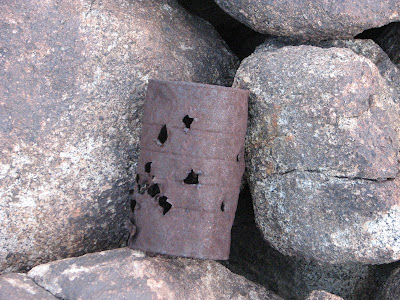 Someone also decided to build a little stone wall.  Probably because of the target shooters, I'd imagine. 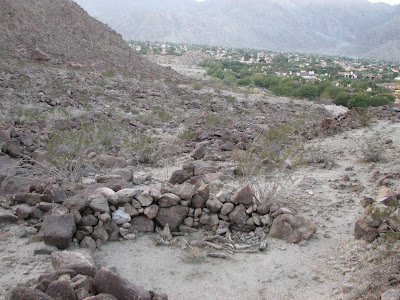 There was also this little stone monument. 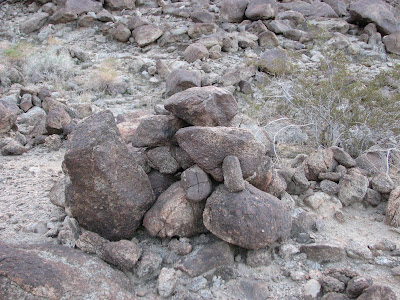 Here's a view of the golf course at the Tradition.  Strange, I don't see any of those agaves anywhere down there. 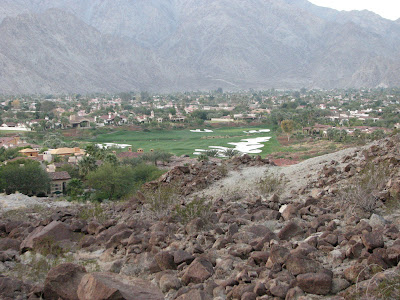 There's not really a lot to recommend here but it deserves future some exploration.  I'll just have to remember to bring my loppers to help with the landscaping when I come back.
You see, I'm a good neighbor, too.
Posted by Hal Summers at 4:50 PM