Day Sixteen
I'm not Catholic so I don't get the whole fish on Friday thing.  I like fish any day, especially wild Salmon.  Maybe it's from spending a lot of summers in Seattle growing up.
The ancient Cahuilla Indians also loved fish.  Hundreds of years ago, there was a large lake that filled the Southern part of the Coachella Valley.  It was many times larger than the Salton Sea and was filled with fresh water.  In many places south of La Quinta, you can see the "bath tub ring" left by this ancient lake.  There are also remnants of an interesting archeological artifact left by these ancient Indians, the Fish Traps.
These Fish Traps were used by the Indians along the shore of this lake.  They would allow fish to swim into these little pools and then fill in the lake side of the pools, trapping the fish.  It is estimated they are between 400-500 years old. 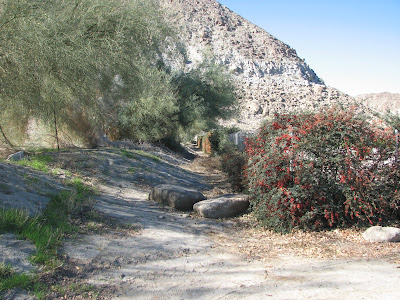 To get to the Fish Traps you have to walk between a couple of fences.  The traps themselves are on public land but they are surrounded by ranches. 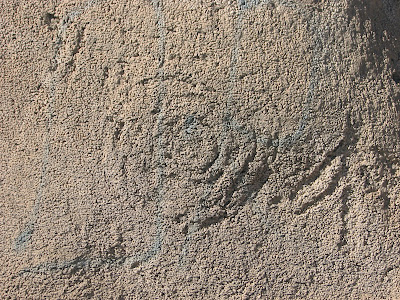 There are several petroglyphs carved into the tufa on the rocks near the Fish Traps. 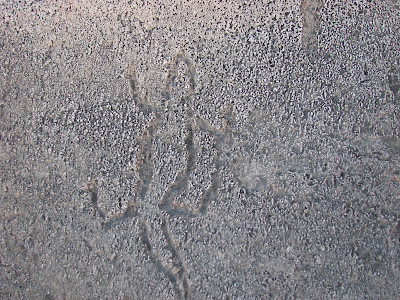 A petroglyph of a lizard.  Another great source of food for the Cahuilla Indians.  They taste like chicken.  Or as the Indians probably say about chicken, "Taste like Chuckwalla". 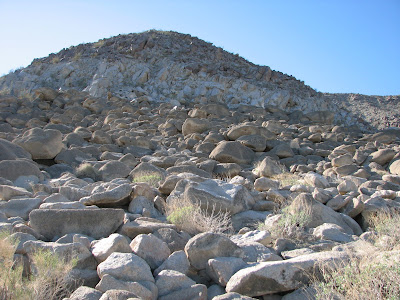 Notice the waterline along the mountainside. 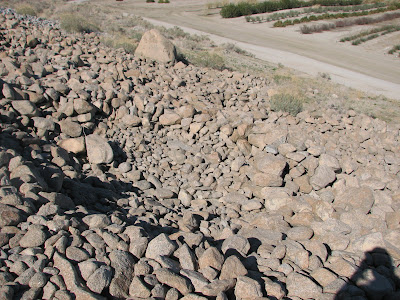 Some of the Fish Traps. 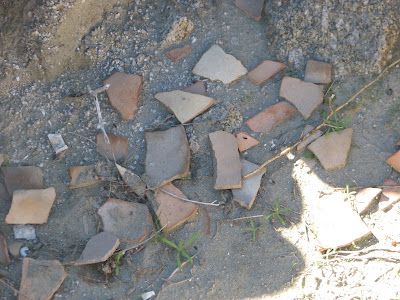 Some potsherds in the bottom of one of the traps.  Don't know if they are authentic but they look like the real deal. 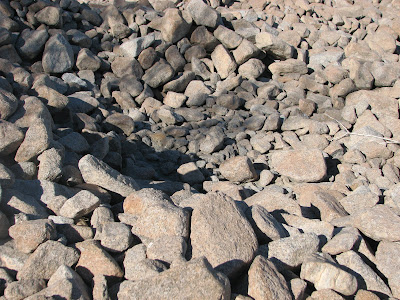 More traps.
I also did some hiking in Toro Canyon and little exploratory drive up Martinez Canyon but I'll leave those for another day.
If you'd like directions on getting to the Fish Traps, send me an email.
Some more info on the ancient Lake Cahuilla and the Fish Traps here.
Posted by Hal Summers at 7:56 PM