A Bear of a Day

Day Twenty Four
It is said that some days are better than others; today was one of the others.
Saturday is one of the only days I get to sleep in so, naturally, my wife woke me up early.  When I finally got back to sleep, one of my kids runs in and yells, "Dad, it's 7:55!!".  He then quickly realizes that it's Saturday and he's not late for school.  So he leaves and then proceeds to start a fight with his brother.
I had such great plans: either we would go up to Joshua Tree and visit some more Indian rock art sites or we'd head down to Borrego Springs and then up to Julian for some Apple Pie. Neither plan was realized.  That theme would continue throughout my entire day.
I placed a support call to Apple to get a replacement headset for my phone but I have to call back on Monday.
Some electronics I was setting up never did work properly.
Today's outing wasn't a hike; it was an escape, a flight to freedom, a mental reset.  On days when nothing goes right, getting out in the wilderness allows me to think about nothing and set myself right. 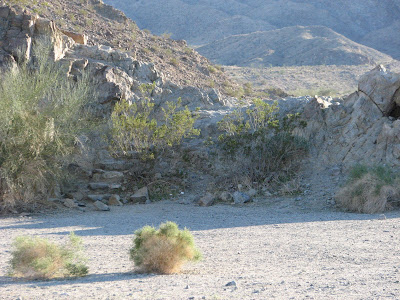 Up the steps and into the Wilderness just minutes from home. 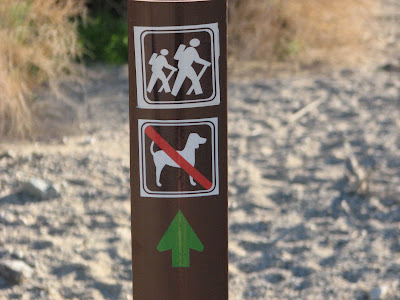 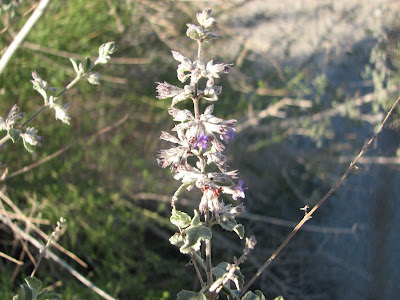 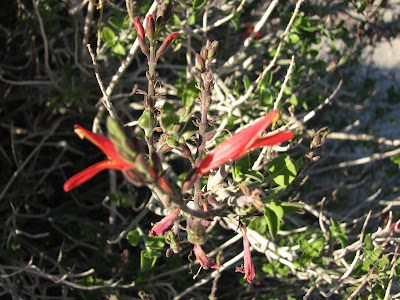 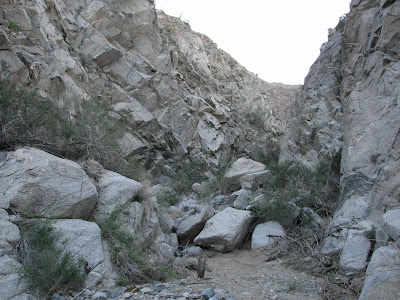 I move up this steep walled canyon doing a lot of boulder hopping, which I love. 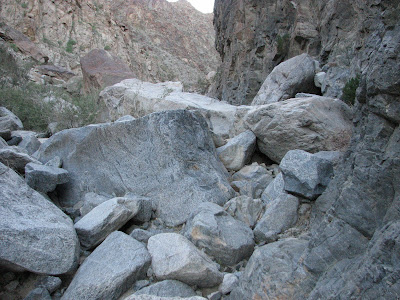 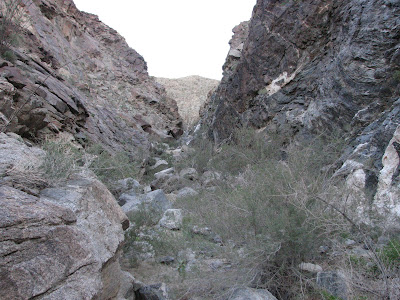 I get to a point in the canyon where I decided I have to go back.  I know there's a waterfall up there and wonder if it has any water but as much as I like boulder hopping, I don't like it in the dark. 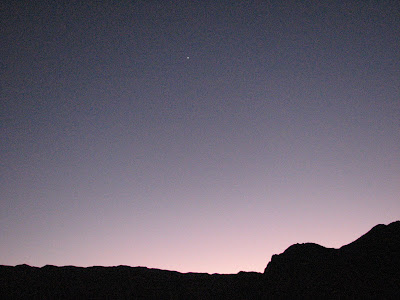 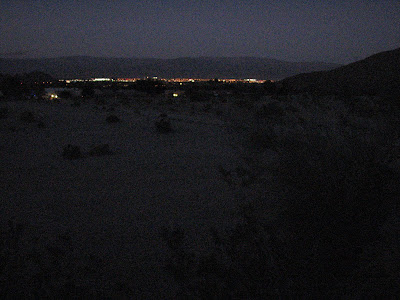 The lights are coming on in the city.
I leave the wilderness feeling much more at peace than when I entered it.
I know I'm only supposed to only leave footprints in the wilderness but today I left all my worries back in that boulder-filled canyon. I head home feeling like I'm starting my day over again.
Posted by Hal Summers at 7:58 PM