DAY THREE HUNDRED AND FORTY SEVEN
Today I went back to Carrizo Canyon in South Palm Desert. I went here a couple of months ago and went up one fork of the canyon but today I wanted to do the other. I got a text message from a guy I know (Steve, although some know him as Bluerail) and he came along. It's always nice to have company so if you ever want to come along, just send me an email. 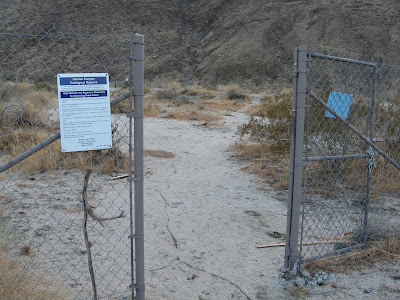 The gate for Carrizo Canyon will only be open until the end of December so if you want to hike this canyon you'd better hurry. 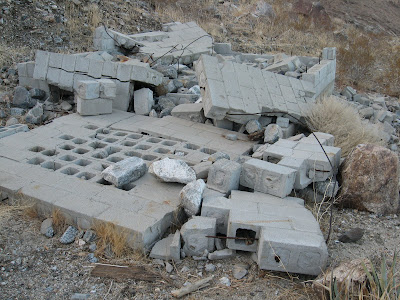 As we walked up the canyon, we stuck to the right hand side and came upon these ruins of an old homestead. 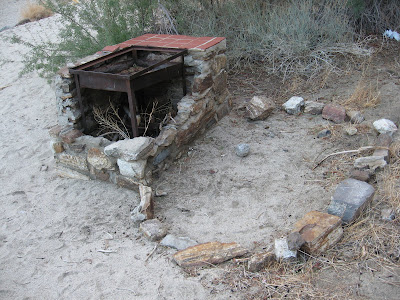 Next time up here I'll have to remember to bring some charcoal and burgers. 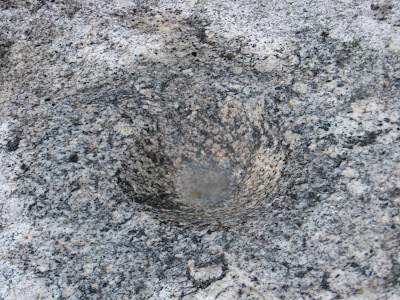 People have been feasting in this canyon for centuries as this bedrock mortar testifies. 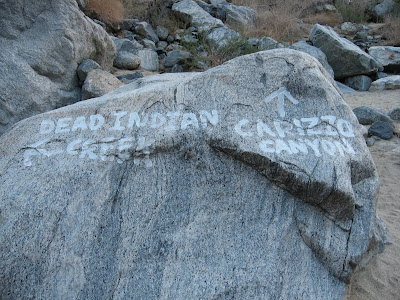 Last time, I went up the right fork so this time we decide to head up to the left. 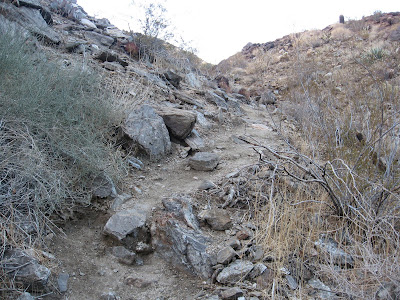 We don't get far when we come upon this trail heading up out of the canyon. We take it. 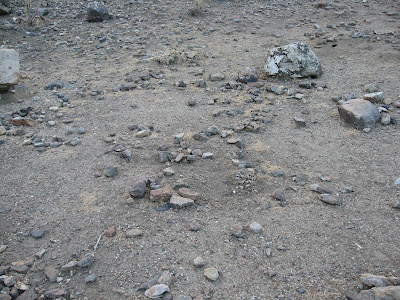 The trail leads to a little flat area that has some poorly organized rock circles. 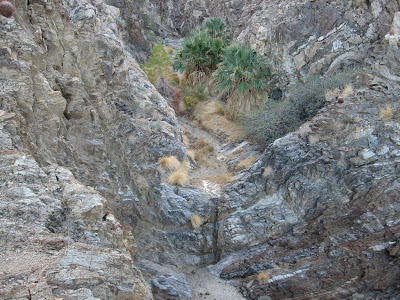 There is an overlook of Carrizo Canyon but there's no way to get down there. 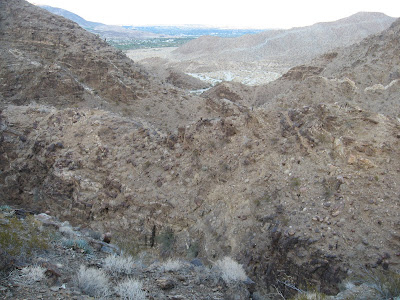 The one thing that makes this little side trip worth it is the view. 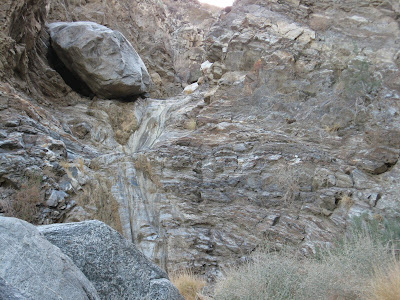 We hike back down and go up the main canyon and climb this dry waterfall. That huge rock at the top is just sitting there and it makes you wonder what amount of water and force did it take to get it in that position. 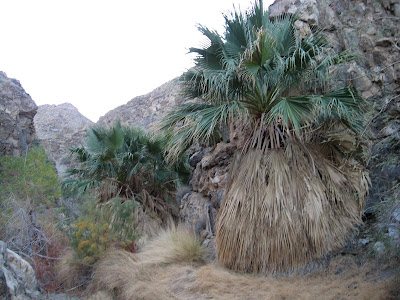 Above the waterfall is more vegetation than in the lower canyon. There are several Palms and Cottonwoods. 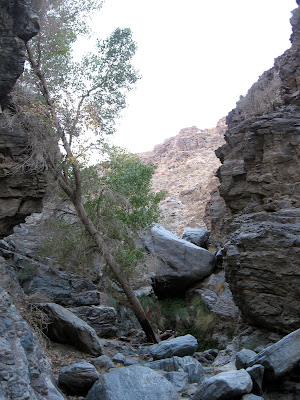 This Cottonwood, though, has seen its better days. 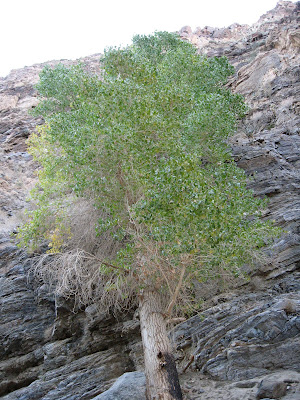 It's nice for it to have a big cliff to lean on. 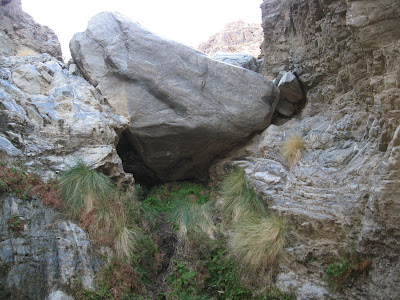 We come upon another massive boulder stuck in the canyon, blocking our way. We could possibly bypass the boulder by climbing on the right but I know it's much harder to climb down something than to climb up it. I also don't think Steve wants to carry me out if I fall. 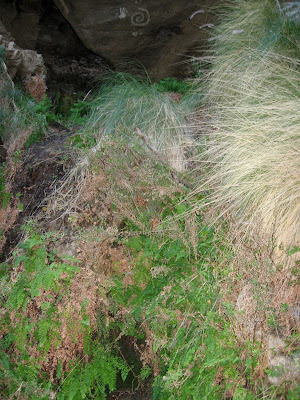 There is a good amount of water in the canyon right now and the ferns are lush and green. There are many treasures to be found in this little canyon but the pictographs are modern. Next time I think I'll do a hike all the way up the canyon so I don't have to downclimb anything. Who knows what else might be further up canyon?
Posted by Hal Summers at 8:30 PM

Looks like a good trip! Why are they going to close the gate after December? Will it re-open?

Your year is almost up, we need to get you on the rocks at least once.

Karl,
They close the canyon from January-September for the Bighorn Sheep. I don't want to get into it but it's not something I support.

Climbing? I think I may have forgotten how.