Between Devil Canyon and Martinez Landslide

DAY THREE HUNDRED AND FIFTY SEVEN
There's an Indian Trail that heads from Devil Canyon in South La Quinta over toward the Martinez Landslide. I know it's there because I stumbled on it months ago while returning from another hike. I went out today to try and locate it. 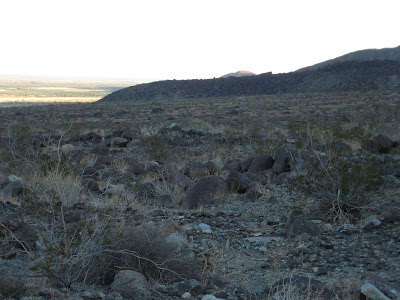 By the time I get to my starting point, the area where I plan on hiking is already well in the shade. In the summer, I would have greatly appreciated it but right now it's a tad chilly. 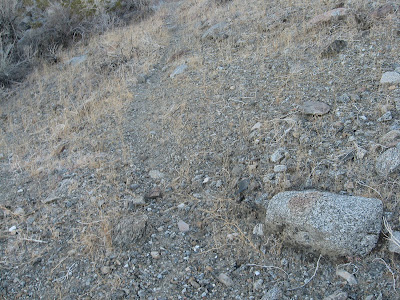 I get to the trail and ascend onto the little mesa area above the wash. The trail quickly dies out. I may have taken the wrong path. 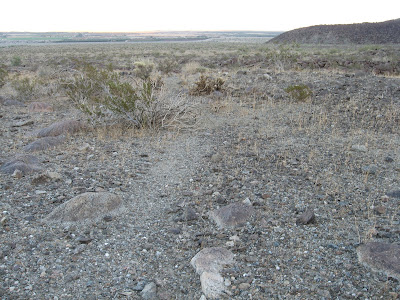 I hit a few intermittent trails along the way but none of them last for very long. I am certainly not on the path that I intended to travel but it's too late to go back now. I know where I'm going so I'll just continue on. 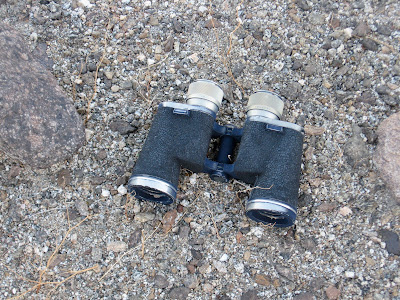 In addition to the little trails I find something else that lets me know that I'm not the only one who comes out here and wanders around. 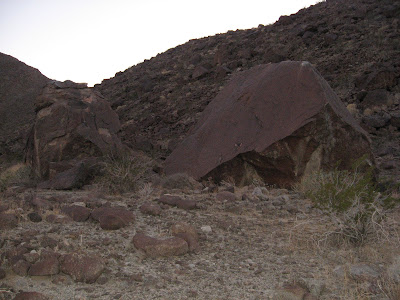 Hiking over to the landslide area is about a couple miles. It doesn't look that far but the terrain is challenging with lots of up and down travel and rocks. I finally make it over to the base of the landslide and then go to explore an area with these large rocks. Not much to see here. 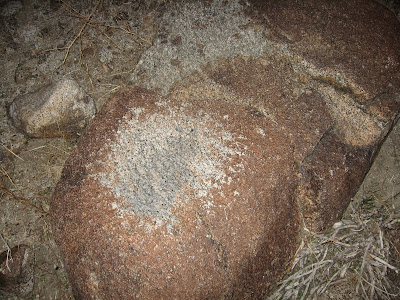 The only thing I find is this little small mortar. 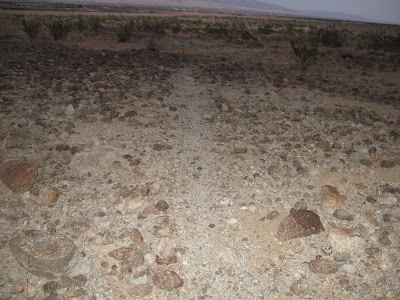 But there is a trail. I am going to follow it for a while because there is no way I am going back the way I came, over the rocks, in the dark. 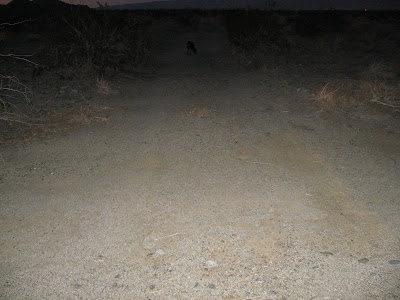 I follow the trail until I come to a road, which I will follow until I hit an old vineyard. 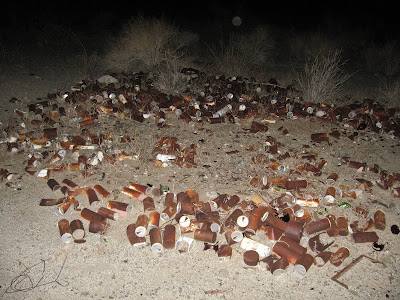 There's an old tumbledown shack and lots of trash. Anyone who doesn't think that recycling makes a difference has never seen a big pile of old cans like this. I've seen several of these around the desert. Now that cans are worth money there will never be another pile like this. Someone would pick these up and cash in. 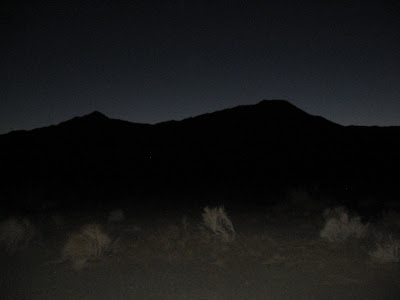 There's not enough moonlight to walk without a headlamp but it's a beautiful evening and I make it back knowing where the trail is not and a better idea of where it is for the next time. Hopefully, I'll be able to start a bit earlier then.
Posted by Hal Summers at 8:45 PM

Due to cultural laws, we would not have anyone pick up these old bottles, nor cans, we prefer you to leave old sites alone and or let the Bureau of Land Management know the GPS points were they are and we will send out our archeologist to check out the sites, if you find broken shards of pottery it is against the law to pick them up, check in with us and again give us the GPS so we can send out professionals to document the findings.

I understand the value of "historical litter" but I also know the difference between that and junk. Most of what I see around is JUNK, refuse, garbage.