DAY TWO HUNDRED AND ONE

I went on the Palms to Pines drive today and stopped off for some short hikes on the way. Palms to Pines travels from the desert up to Idyllwild then down to Banning and then back. I did it in reverse but it's the same thing. I took the boys and we stopped at Cabezon to buy them some shoes. I knew they wouldn't be up for a long hike that I'd like doing so we did a few short ones instead. Our first hike was to just walk around Lake Fulmor. That took about twenty minutes. Lake Fulmor is a small little lake with a nice picnic area just off Highway 243. I didn't get any pictures of it because the batteries went dead on my camera and I left the phone in the car. It's a nice spot to take families to. Just don't go on a weekend when it's a total zoo. 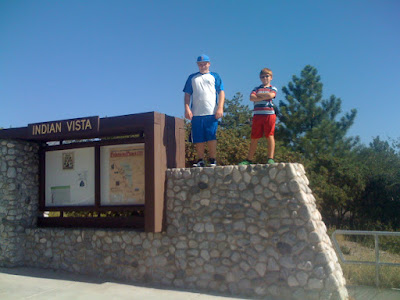 After the lake, we went to this little overlook. Nice views but not nearly as nice as some we were going to get to later. 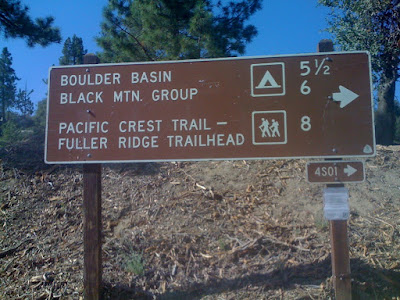 We took the Black Mountain Road up to the Boulder Basin Campground. The weather in the mountains was spectacular. At Boulder Basin the temperature was in the 70s. 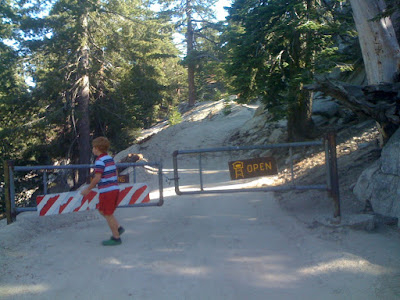 From the Boulder Basin Campground we hiked up the road to the Black Mountain Fire Lookout. There is a nice trail that climbs up to the lookout that I would have preferred to do but I know the boys were not ready for an eight mile hike today. This hike was much easier, so much so, in fact, that Nikolas was able to wear his Crocs. 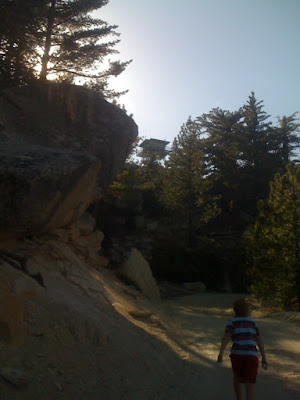 After a bit of hiking we get to the point where you can see the lookout above. 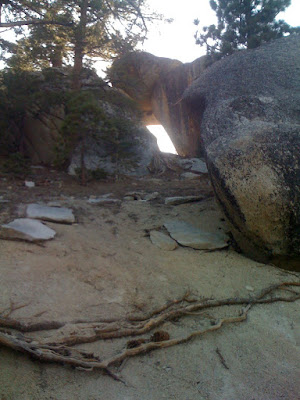 This area is very scenic with lots of trees and big beautiful boulders. 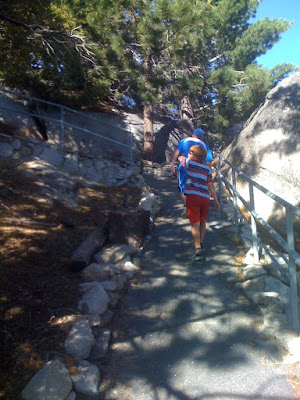 We get to the lookout and head up this paved path. 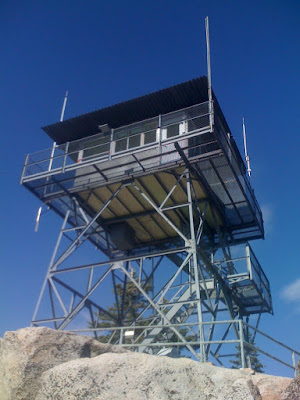 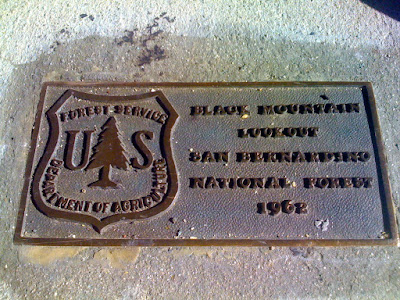 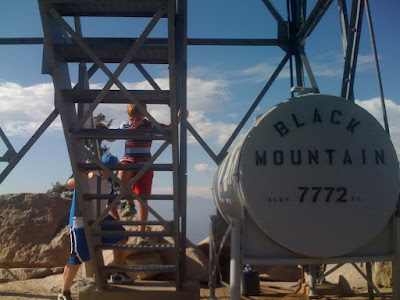 The boys head up the stairs but we find the tower is closed and locked. 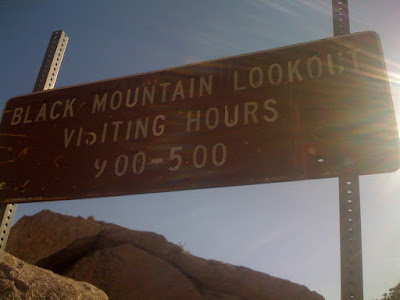 We're there just a little late. Next time we'll get an earlier start. 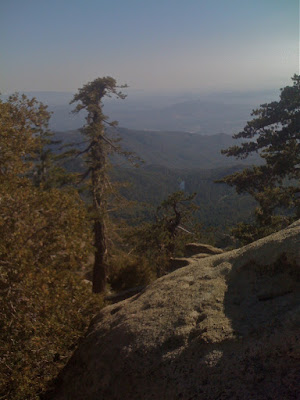 Down below you can see Lake Fulmor. The view from the lookout area is spectacular and I bet it's even better from the top. Next time. 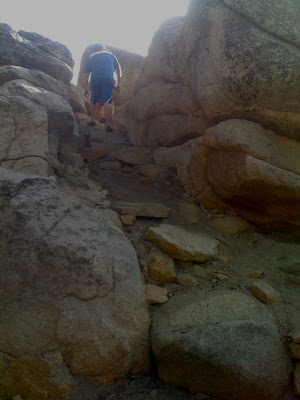 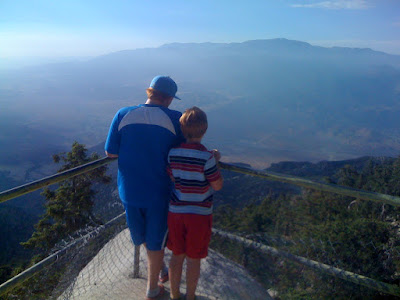 The view is incredible. The boys enjoy looking over at Mount San Gorgonio and down to the Banning Pass. 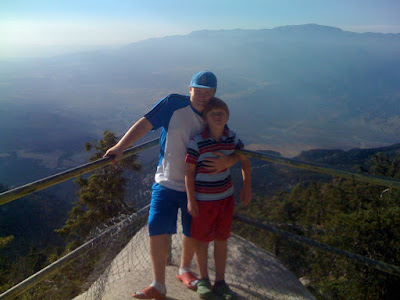 They also enjoyed the cool weather, as did I.
Posted by Hal Summers at 8:42 PM

Nice Blog, and I wish you continued success on your quest to hike every day. I'm the volunteer leader for the Black Mountain Lookout. We staff the tower almost every day between Memorial Day and the first snow. We could use some extra volunteers though. Interested?

No worries. I admire the dedication. We only do the training once a year, in Spring. Miss the training, miss the year.