DAY ONE HUNDRED AND NINETY SEVEN

The wife had the day off so I'd have time to run up to Idyllwild and take a hike in the cool mountain air. So I planned to get up early, drive up to Idyllwild, get my permit, do my hike and drive home in time to get a shower and go to work. It all worked out perfectly except for the part about getting up early. Oh, and I didn't quite make the shower, either. Good thing there's a sink in the locker room at work. 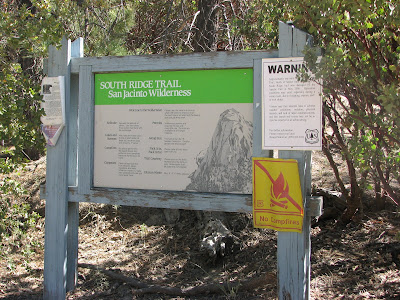 I drove to the trailhead and started hiking at around 10 a.m. It was later than I'd hoped but it was still much cooler than the weather at home. 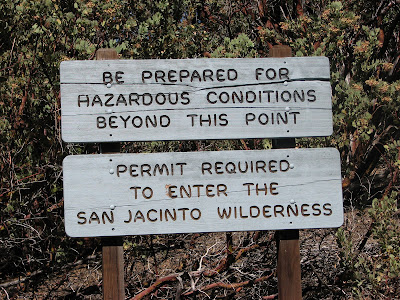 I have my permit and I'm well prepared. I brought some Gatorade. 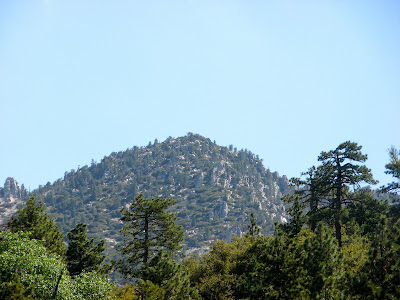 My goal is the lookout on top of Tahquitz Peak. It's four miles and 2200 feet elevation gain. 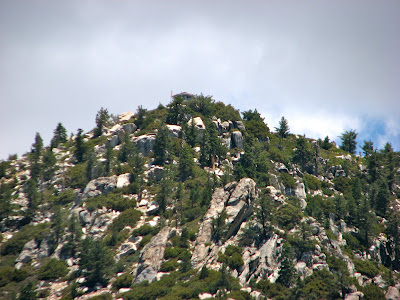 Here's a closer view that I took on the way down. 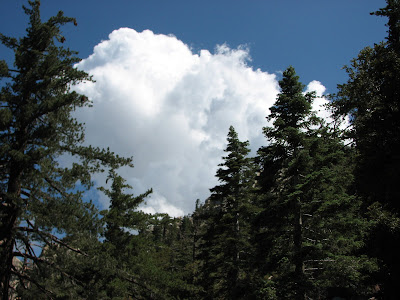 The clouds are building up over the mountain but I don't think we'll get any rain from them. I just hope we don't get any lightning. These hills are dry and we don't need a fire. 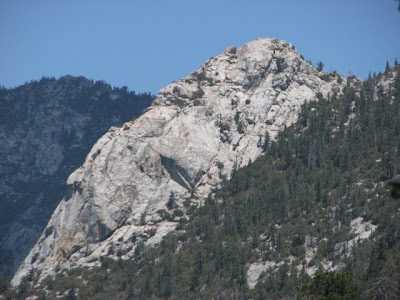 Lily Rock (Tahquitz Rock to climbers) is visible from the trail. I've climbed this several times but won't have time today. 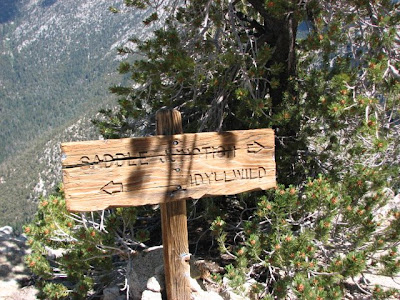 I get to the trail junction that leads up to the Lookout tower. In addition to this trail it is possible to go up the Devil's Slide trail. Devil's Slide is longer but not as steep. 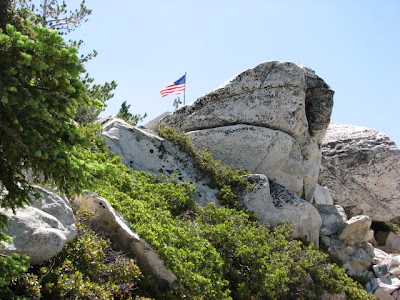 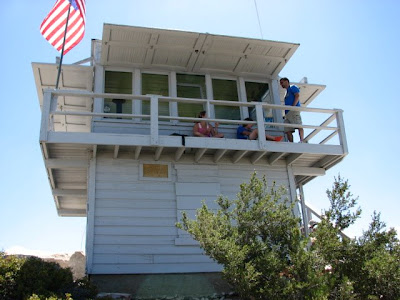 There it is with some people hanging out enjoying the cool mountain air. 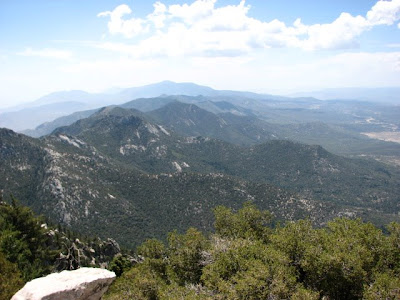 The view from here is incredible. If Mount San Jacinto offers the best view in Southern California, Tahquitz Peak is number two. Here's the view looking down the Desert Divide. 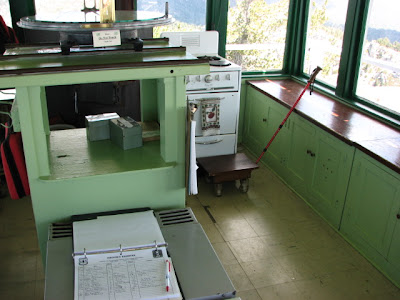 The digs here aren't bad, either. There's a volunteer who stays here and looks out for fires. Most of the time, though, he probably just greets hikers. 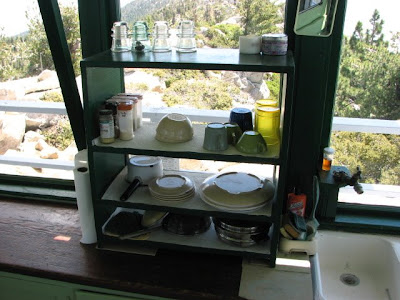 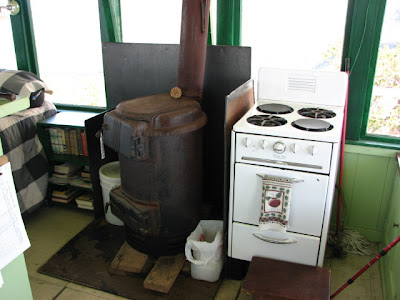 Also, TWO stoves. One is for cooking and one for heat. I bet it can get cold up here. 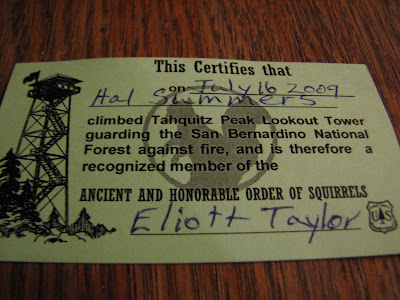 Of course, I didn't just hike up here for the exercise. I am now a member of the ancient and honorable order of squirrels. I have never been so proud.
Posted by Hal Summers at 9:00 PM