Day Forty Five
There's something about fresh snow in the mountains that makes native Southern Californians giddy.  We have never had the experience of shoveling driveways, bundling up just to go outside or having our tongues stuck on a metal pole.  For us, snow means one thing: recreation.  So when I asked the boys if they wanted to go to the snow today they were downright ecstatic. They also wanted to take three friends.  But since I'm a cool dad, I said OK and we piled in the mini van and headed off.
My father-in-law lives up in the mountains so we headed up to his place.  Since he's about a mile from the PCT (Pacific Crest Trail) I left the boys to play in the snow at his place and went down to do a little hike. 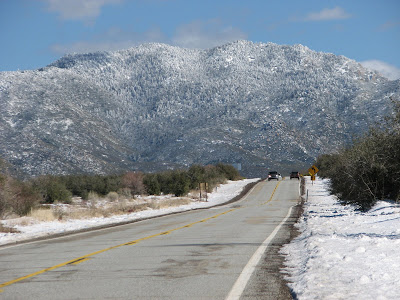 Looking up at Santa Rosa Mountain from near the parking area for the PCT. 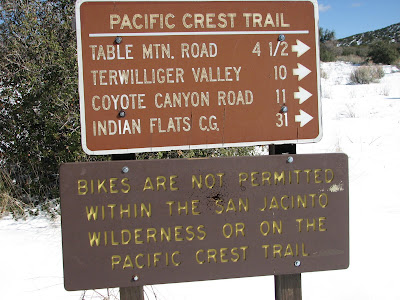 I'm gonna head south toward Lookout Mountain.  I don't want to leave the kids unattended for too long so I doubt I'll get all the way to the summit. 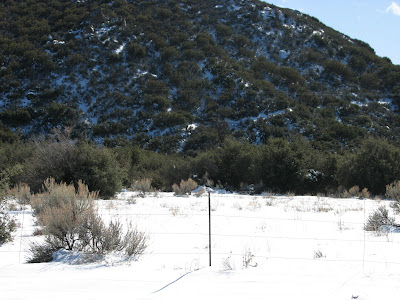 The trail heads across this hillside. 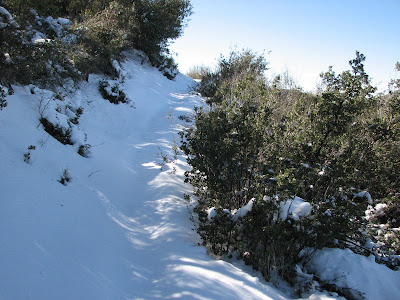 Even with fresh snow the trail is pretty easy to follow.

Views of the trail continuing south.  If I keep walking in a few days I'll be in Mexico. 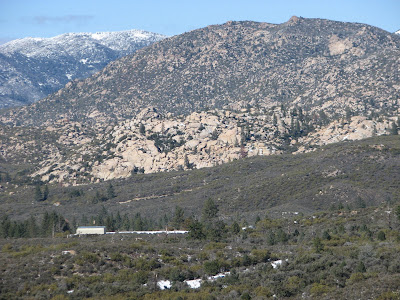 This area is called Rock Point.  I wonder why. 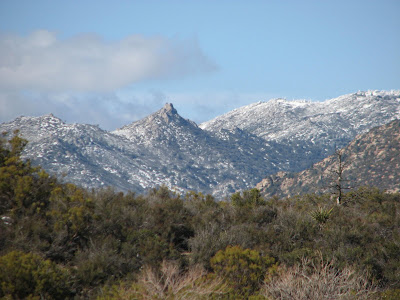 This is an interesting little peak.  It think it's called Cone Peak for some reason. 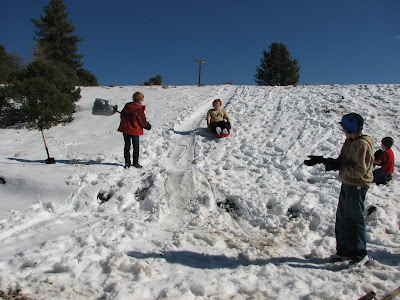 After hiking a mere forty-five minutes I head back to make sure the guys haven't destroyed my wife's father's property.  I am greatly relieved to find them with no broken bones, enjoying the snow.  Had I known they'd be so well behaved, I might have continued on to Lookout Mountain.  Oh well, that'll give me something to do next time.
Posted by Hal Summers at 8:14 PM