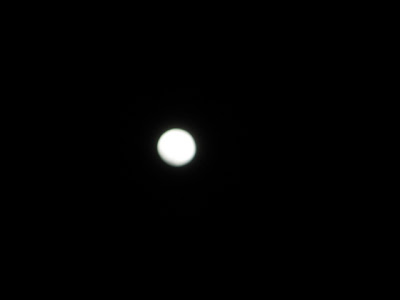 Today's hike was not meant to be a moonlight hike, that's just how it turned out.  I headed south toward the Salton Sea looking for an old Indian Trail with some great rock art that I'd been on about fifteen years ago.  Do I remember where it is?  Sorta. 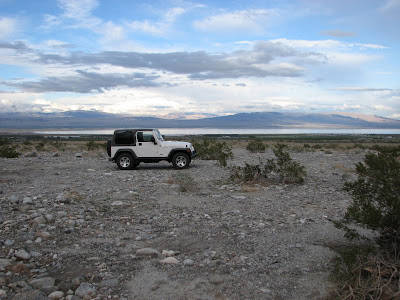 I drive through some vineyards and park the Jeep here.  As an afterthought, I grabbed the Jeep's GPS, marked the location and put it in my pocket.  It's a good thing I did. 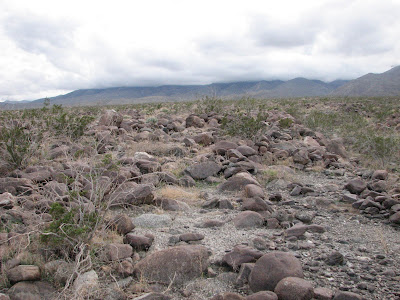 I wander up the alluvial fan, going cross country, hoping I run into something interesting. 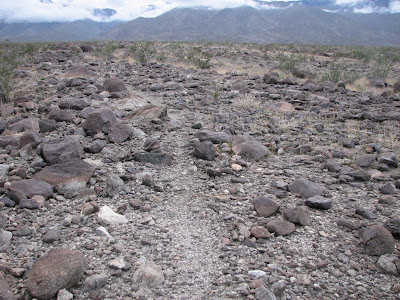 I don't have to hike more than ten minutes until I hit a trail.  It's not THE trail but it'll do. 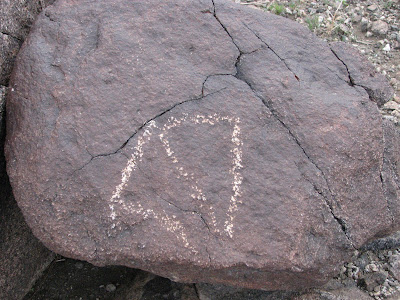 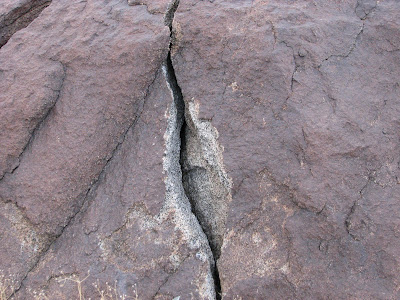 It doesn't take much imagination to figure out this represents.
I lose the trail when it drops into a little wash and go back to wandering cross country until I hit..... 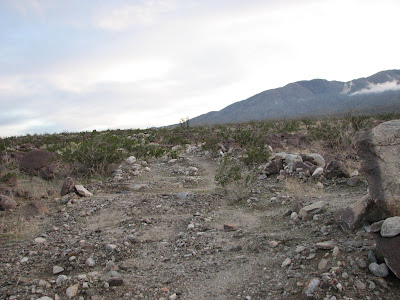 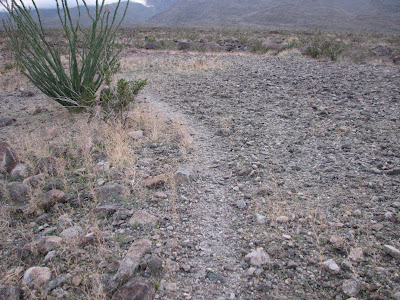 From the road I am able to locate THE trail I'm really looking for.  It's getting dark but I know I'm not too far from THE petroglyphs so I keep going. 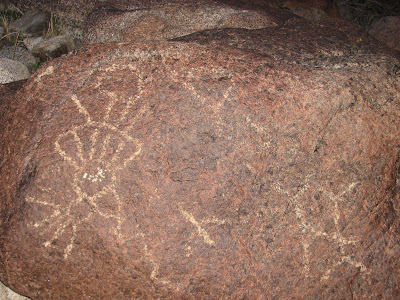 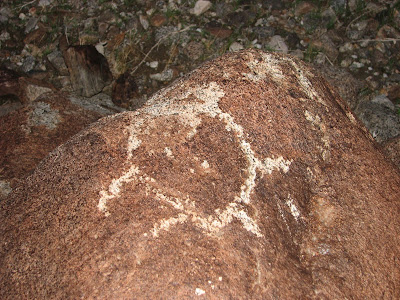 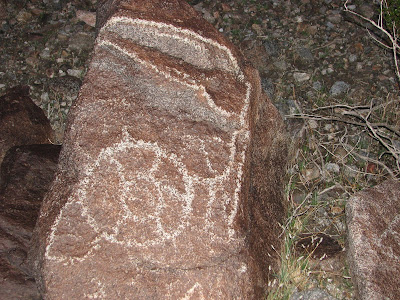 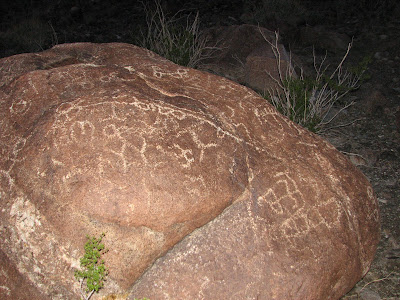 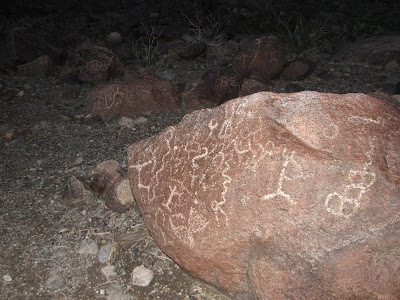 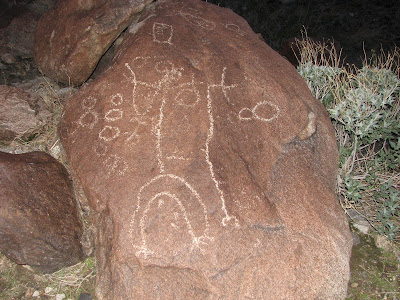 Here they are.  This is a nice little section of rock art located in the middle of nowhere.  I have tried to figure out why here, but cannot conceive the reason someone decided to create a museum in the middle of this alluvial plain.  There are tons of pictures and I know I'll have to come back during the day sometime. 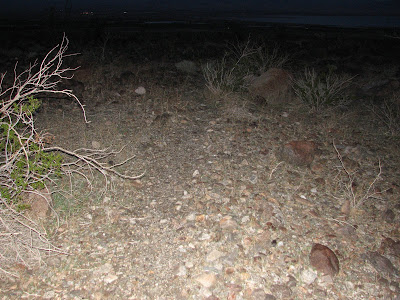 I don't have a flashlight, only the light of my cellphone but I don't need it.  The moon is bright enough that I can follow the trail until I hit the road.  I play it safe and decide to follow it rather than going cross country in the pale moonlight.  The Jeep is about two miles away.  Good thing I brought that GPS.  I am within two hundred feet of the Jeep before I see it there shining in the moonlight.  It never looked better.  I fire it up and negotiate my way back to a real road  but not before I say thanks to the moon for its light and telling it goodnight.
I have posted more pictures on my Flikr account.  Find them here.
Posted by Hal Summers at 8:22 PM