All in a Day's Work

Day Fifty Four
Today I had a day off and was looking forward to a nice, long hike. On the way to dropping off my son at school, a friend called and asked if I could pick up her son after school because she had to go to the doctor. Not a problem, I told her.
Yes, I will be going on nice, long hike. Just not today. 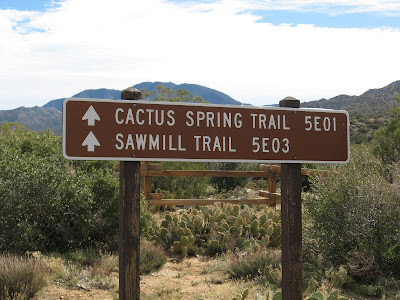 I decide to hike down to Horse Thief Creek. It's a nice little hike in the Santa Rosa Mountains about fifteen miles from Palm Desert. According to John Robinson in his book, San Bernardino Mountain Trails, this area was used by horse thieves who stole horses in San Diego, brought them out to this area, rebranded them and sold them in San Bernardino. They then re-stole them and did it again in reverse. 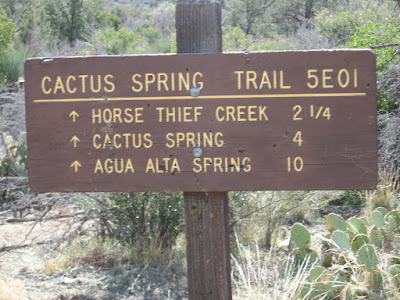 There are a number to great places to hike to up here. I will be going up to Cactus Spring and doing a little exploring looking for Indian history. Yes, I will. Just not today. 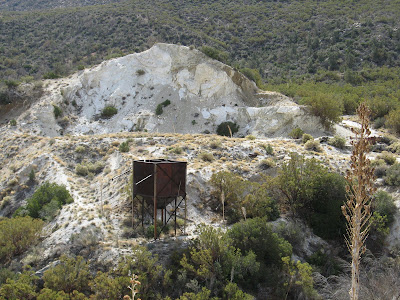 You soon hike by this old Dolomite Mine. You cross your first creek right near this mine. With the snow in the mountains melting, there were several little creek crossings. 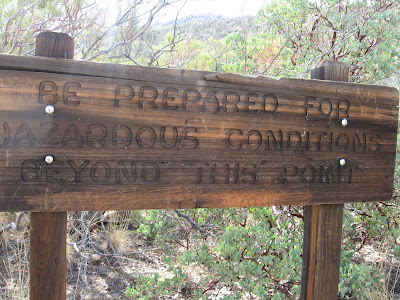 This sign serves as a warning to the unprepared. Let's see what I have today. I have two bottles of water although one is only half full. I have an iPod full of rocking tunes. I put sunscreen on before I left my vehicle and I have shoes on. I'm prepared! 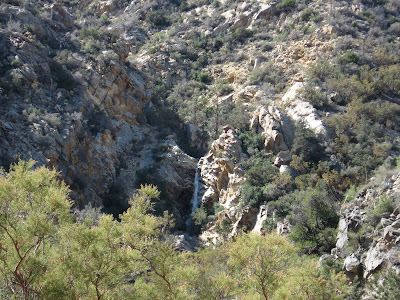 Before arriving at Horse Thief Creek, I see this nice little waterfall. I've noticed this fall a number of times and one day I'm going to hike up to it for a closer look. Just not today. 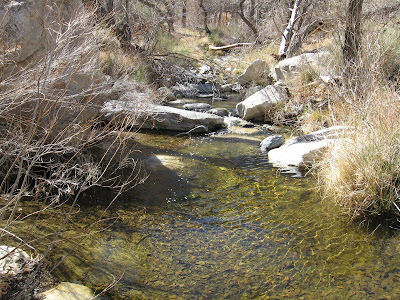 There is a fair amount of water in Horse Thief. Upstream about a mile there's a nice little waterfall that I'll get some pictures of. Just not today. 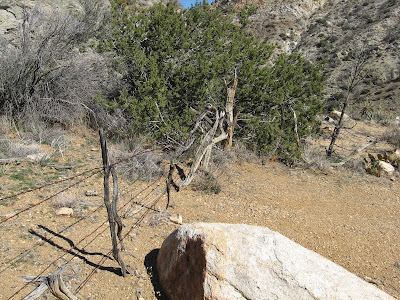 Above the creek are the remnants of an old corral left by the horse thieves or some cattlemen or some hikers who brought their kids and wanted some peace. 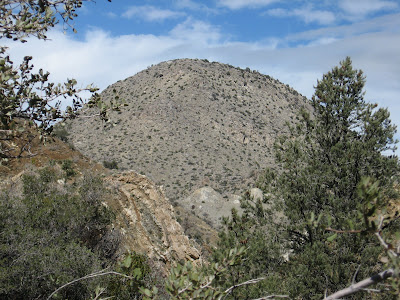 On the trail out I get a good view of Sugarloaf Mountain, which rises above Pinyon Flat. I am going to be climbing this. Just not today. 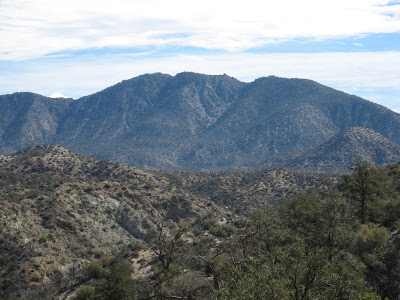 Leaving, I get a picture of Martinez Mountain. I've climbed this peak several times and it's one of my favorites in the desert. I look forward to climbing it again. Just not today.
There are so many things to do and see in the Santa Rosas that it's impossible to do all of them in one day. I'm looking forward to coming back and visiting over and over and over again. But today, I have plans.
Posted by Hal Summers at 9:16 PM