Down By The River

DAY ONE HUNDRED AND SEVENTY ONE
I used to think of Riverside as the armpit of California. However, my geoanatomy was a bit off. Modesto is the armpit of California. Riverside is the back of the knee or the kneepit. It is also where I had to go today for my son's baseball tournament.
Incredibly, there is hiking in Riverside. Actually, I was surprised to see a number of hills that look like possible hiking spots. No one is going to make Riverside a hiking destination but if you have to be there at least you have some choices.
I headed over to Mount Rudidoux, which is more of a hill if you ask me. 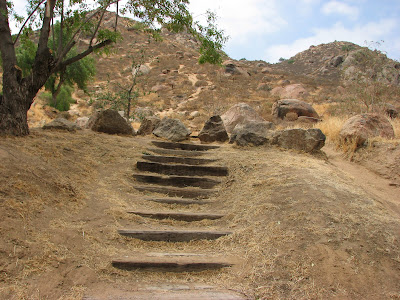 There are several trails that climb Mount Rubidoux although no official trail to the top. After this initial section with steps, the "trail" gets pretty steep. 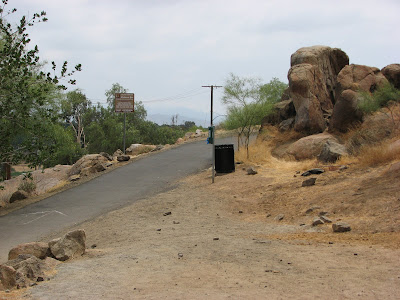 There's no official trail because the official trail is a paved road. No vehicles are allowed and it is a very popular walk. I've made it clear that I don't like walking on roads so I bypass this route. 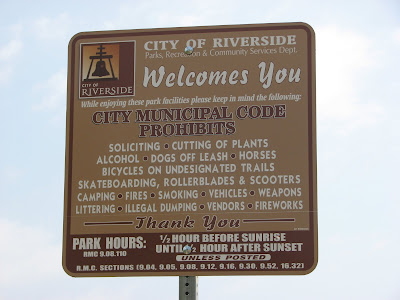 There are a lot of rules but none of them pertain to me. 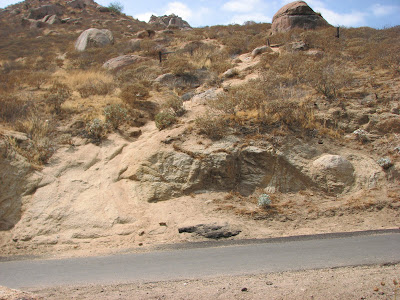 My trail crosses over the road and heads steeply up to the top of the hill. 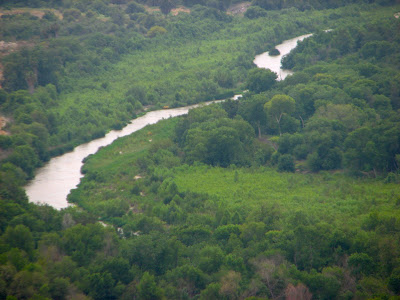 From there, you do have a nice view. Here's something that's amazing to me. There actually is a river in Riverside. While the Santa Ana River isn't the Mississippi, it does have a nice little area of foliage and some parks along its banks. 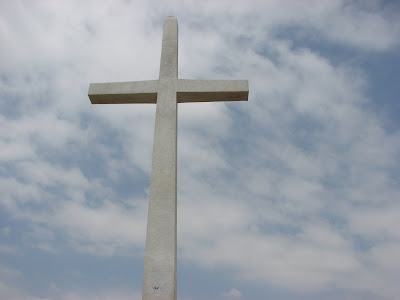 At the top of Mount Rubidoux is the Serra Cross. 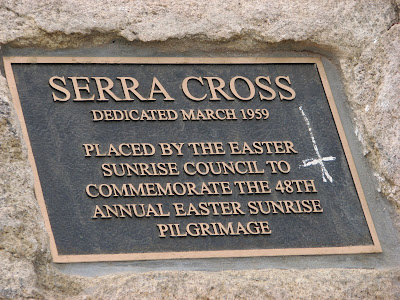 It is named for Father Serra, the famous monk who established the missions in California. 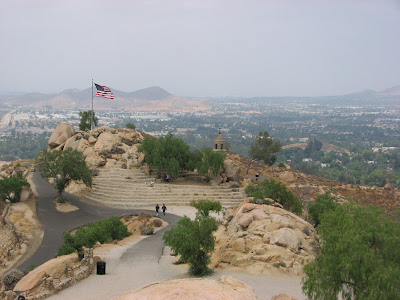 From the top, you can look over and see the Peace Tower and a large American flag. 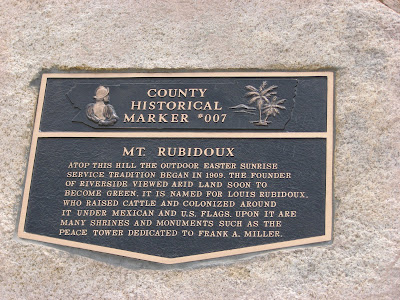 There are a lot of plaques on this mountain. In fact, I have never seen so many plaques on any hike I have ever done. I can only imagine how many more I would have seen if I walked up the road. I don't plan on doing it but there must be a plaque maker nearby. 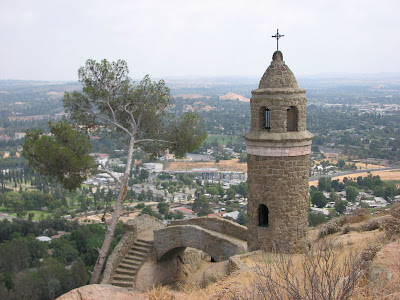 Here's a closer view of the Peace Tower. 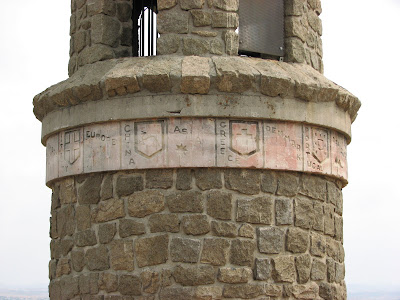 A close-up look at the tower shows the names of several countries that don't really live in peace with one another too well. 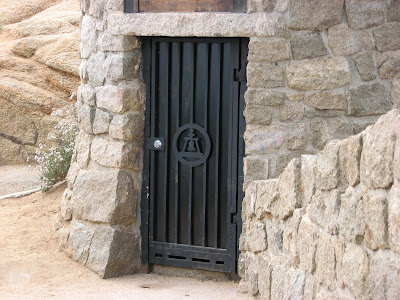 Well, no wonder. The Peace Tower is locked shut. How are countries supposed to live in peace when they can't get into the Peace Tower? 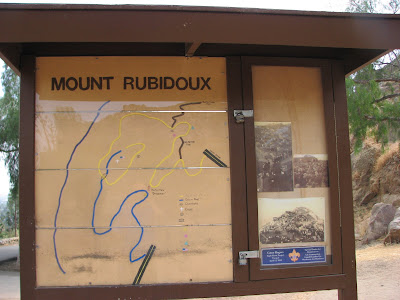 I get down to the start and find this map that I missed on my way up. It wouldn't have helped me much because the trail I took is not on the map. In fact, I really can't figure out what the map is trying to tell you. I guess, follow the road? 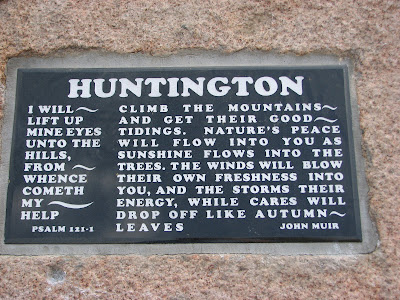 On this one last plague is a quote from John Muir. I wonder what John Muir would've thought of Mount Rubidoux. He climbed some real mountains and probably would've consider Mount Rubidoux a pimple in the kneepit of California. That's pretty much how I feel about it.
Posted by Hal Summers at 10:17 PM

"geoanatomy"... good word!! nice to see you branching out a bit from the local trails. good entry! p.s. i liked "kneepit" too! from darlene